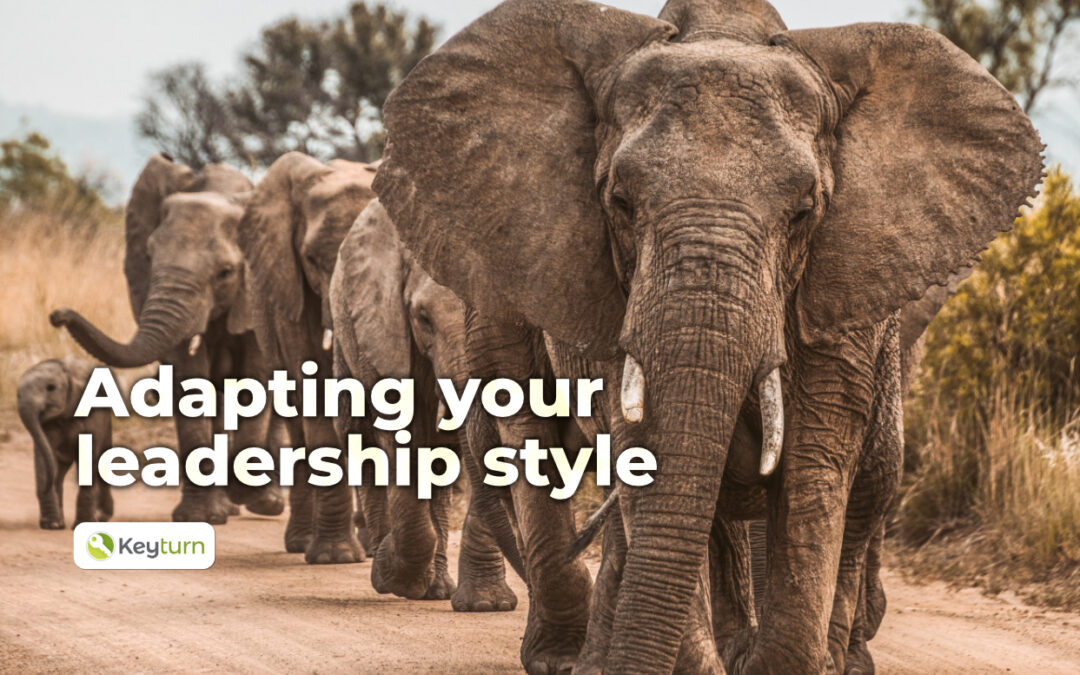 When getting to know the team leaders, they were great people, and actually hard workers. However they were very different to each other and the senior manager was treating them all the same. The differences were to do with their level of knowledge, experience and resources that were available to them. What I found out was that the Senior Manager very rarely met with the team leaders. There was very little guidance and support given to those who were new to the role. Many areas of conflict were left unresolved and team leaders were close to breaking point. Where the senior manager felt like he was using an ‘empowering approach’ to leadership, it turned out to be more of an avoiding approach to leadership. This ended up with him losing a number of his key leaders through frustration and lack of support and vision setting.

As a manager, it is important to recognise that your team will not run very effectively if you only have one way of behaving as a leader. A good analogy for this is parenting; the way in which a good parent behaves towards their 3 year old pre-schooler would not be appropriate towards a teenager at the end of their school education, and even less so when the child is a mature adult with a job and family of his/her own. As both the child and the circumstances change, a wise parent learns to adapt the approach taken in order to get the best approach.

The same is true of leading a work team, as the following factors change over time:

It will be necessary for the successful leader to adapt different leadership styles at different times; sometimes several styles in the space of one day! Quite simply, a ‘one-size-fits-all’ approach will be effective when the overall circumstances match that style, but will be less effective (or even totally ineffective?) in other circumstances.

The concept of leadership styles was probably first identified by Kurt Lewin in the 1930’s. He took a fairly simplistic approach of identifying three main styles:

Autocratic (sometimes also called ‘directive’) – when a leader makes the decision without involving someone. This style is often used when a leader needs to make a quick decision or there is no input required from others. The negative impact of this style is that it can cause resentment and does not allow development of the team, or give them opportunity to use their initiative.

Democratic (sometimes also called ‘consultative’) – when the leader has input from the team before making the decision. This is a good style to use when looking to make a change, where team agreement matters. The negative impact is that you could end up with too many different perspectives, this could lead in the leader slipping into autocratic leadership and causing lack of trust within the team.

Laissez-Faire (sometimes called ‘empowering’) – when the leader has minimum involvement and allows the team to make many of the decisions. This is great for capable teams who are motivated and need minimal supervision. The negative impact can be when a leader uses this style to avoid conflict, or is lazy.

Other generic leadership styles which have been identified and commonly referred to, subsequent to Lewin include:

Bureaucratic – Leadership comes through the establishment of and adherence to rigid processes and procedures i.e. once these are established, the leader just has to ‘follow the book’.

Transactional – Leadership is based on the principle that as the team are being paid, they should simply do as they are told! In effect, it is a severe form of ‘Autocratic’ leadership, involving instant ‘discipline’ if targets/standards are not met.

Charismatic – Leadership is based on the leader being highly motivational, in order to achieve the leader’s own aims/goals.

Transformational (also referred to as Inspirational) – This Leadership style is at first glance, very similar to Charismatic, in that there is a high degree of inspiration and motivation.

Looking at your team, how will you adapt your leadership style to each individual to make sure you get the most out of your team?

If you need further support, Keyturn are here to help. Please contact us on enq@keyturn.co.uk or call us on 01788 815500. The content of the blog forms part of our ‘Team Module’ programme, to find out more about this programme please click here.